Denise Daniels is a Peabody award-winning broadcast journalist, parenting and child development expert and author who specializes in the social and emotional development of children.

Her workbooks have reached more than 15 million children and her clear, simple advice has helped parents on numerous national TV programs from Oprah to the Today show, for which she was a regular parenting contributor.

In her role as Founder and Executive Director of the nonprofit organization National Childhood Grief Institute, Denise traveled the globe to help children deal with their emotions. In the aftermath of Hurricane Katrina and the tsunami in Southeast Asia, Denise and her team served in areas identified by the U.S. Department of State to help affected children cope with their unimaginable losses.

"Through my work with thousands of families around the globe, I’ve discovered that kids’ emotions are universal and that kids everywhere thrive when they are able to understand and manage their feelings! As a mother and grandmother, I know that the best opportunity to nurture our children’s emotional intelligence is in their early years—our homes are the first classrooms for emotional learning. The journey to emotional intelligence begins with you, so let’s get started!"  Denise Daniels

Denise’s innovative First Aid for Feelings  program—developed for Pfizer Pediatrics to help young pediatric patients cope with emotional issues surrounding hospitalization—has been used in over 200 pediatric units across the country, and has been integrated into the training program at ten U.S. medical schools. After 9/11, First Aid for Feelings was used as part of the grief support program for children at Ground Zero. Denise has reported to the United Nations on issues impacting children in Africa, and to Congress on issues impacting children stateside. She has also advised on children’s grief issues for PSAs developed for former First Lady Laura Bush.

Denise  has appeared as a parenting and child development expert on numerous daytime and primetime TV shows including Dateline, The View, CNN, NBC’s Nightly News, Larry King Live, Good Morning America, Fox News, as well as Oprah and Today. She has been featured in The Wall Street Journal, The New York Times, Washington Post, Parents, Parenting and Newsweek magazines, and her workbooks for children have been published by Bantam, Doubleday, Delacorte Press, Workman Publishing and Scholastic.com. 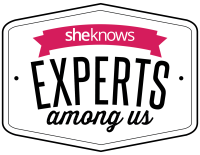 Denise Daniels is a Peabody award-winning broadcast journalist, parenting and child development expert and author who specializes in the social and emotional development of children.